Official reports from actual fields, related videos and photos has shown a critical situation of rubber plantations in Phang-Nga province which would affect production severely. The plantations, located in the South-western part of Thailand is within the main and crowded Natural Rubber production area, have been infected by a relatively new leave fall disease. Impacted by this disease, the trees shed their leaves and the amount of falling leaves are similar to those experienced during the annual wintering season of Hevea brasiliensis. The Rubber Authority of Thailand (RAOT) has been advising farmers not to tap or harvest rubber from the affected trees or plantations as it would make the tree even weaker.

The researchers from the International Rubber Research and Development Board (IRRDB) were well-aware on the fact that one of the major contributor causing this disease is due to the weak rubber trees which make them susceptible to be easily infected by this plant disease. Rubber trees in affected areas became weak as they were not well fertilized as farmers were financially affected by very minimum income for a very long period of time. The greatest concern is that at this period of time, it is the peak production period of rubber productivity in Thailand.

Last year RAOT reported that the affected areas of this disease were concentrated and found only in the provinces along Thailand-Malaysia border. As in November 2020, RAOT reported that the total affected areas were estimated at 65,000 – 90,000 hectares (90,000 ha giving approximately 132,000 tons annually). Even though 80% of the affected area is still along the border area, this disease has affected almost all provinces in the southern part of Thailand except only 2 provinces located in the upper area i.e. Chumporn and Ranong. What worries Thai Government is that under the worst-case scenario, the affected area in the near future could spread rapidly and the impact would be worsen since the pathogen has already gained and established its root in most areas in the South.

As a matter of fact, it has proven to be  very hard and challenging to get rid of or to control the spread of this pathogen, either Pestalotiopsis or Colletotrichum – simply due to the fact that the spores are scattered everywhere from the ground to the top of rubber trees. Since it is an airborne plant disease, there is a high possibility that it would spread to all over Thailand and neighbouring countries i.e. Myanmar, Cambodia, Laos and as far as Viet Nam if left unmitigated. Researchers had stated that the environmental factors in Thailand is conducive and favourable for this pathogen to develop and spread quicker than Phytophthora – the common rubber disease in this area. 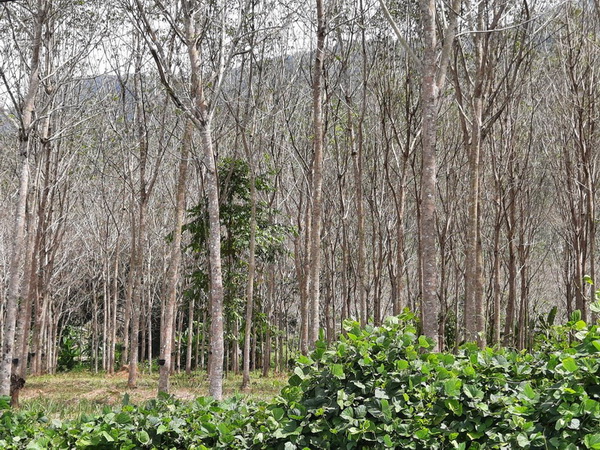 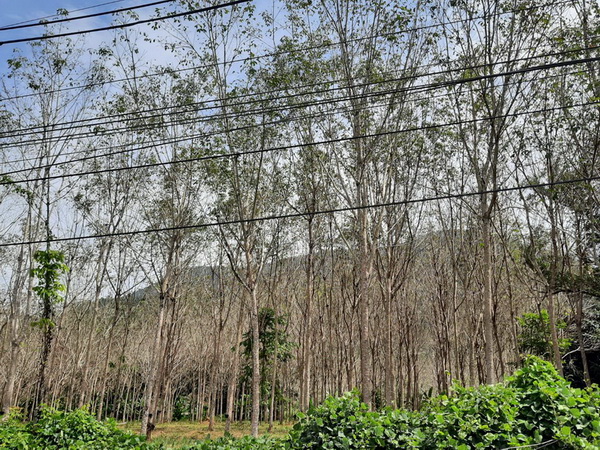 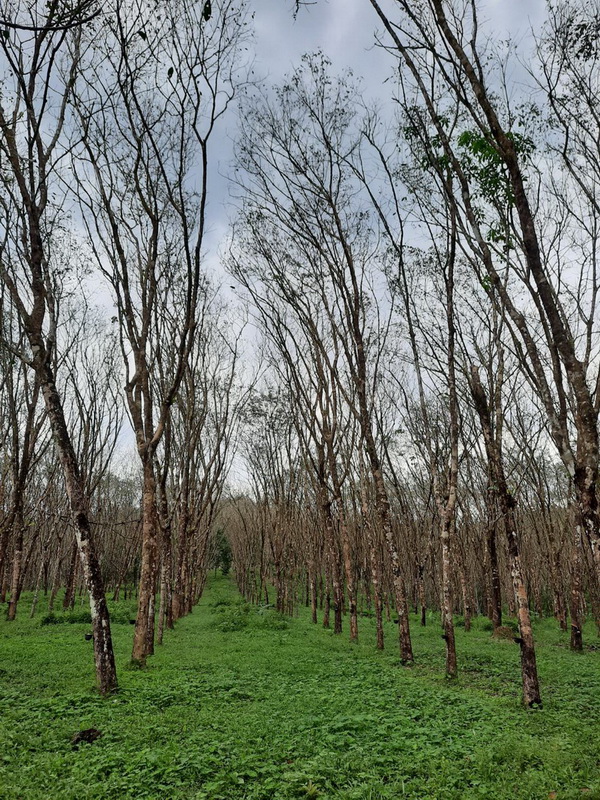 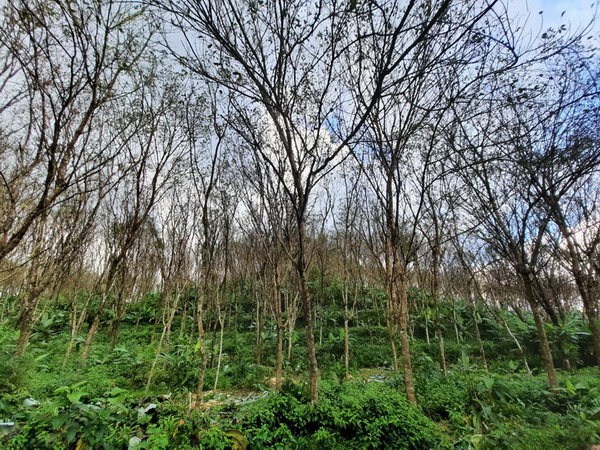 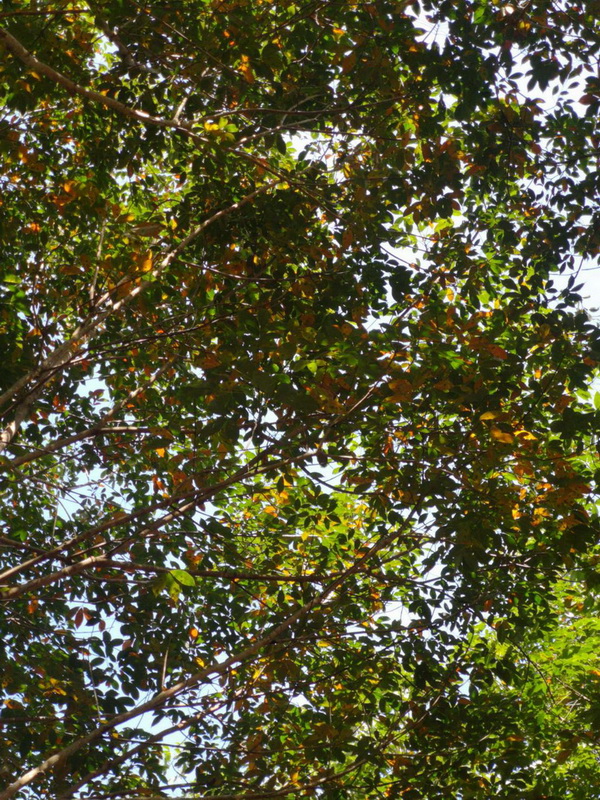 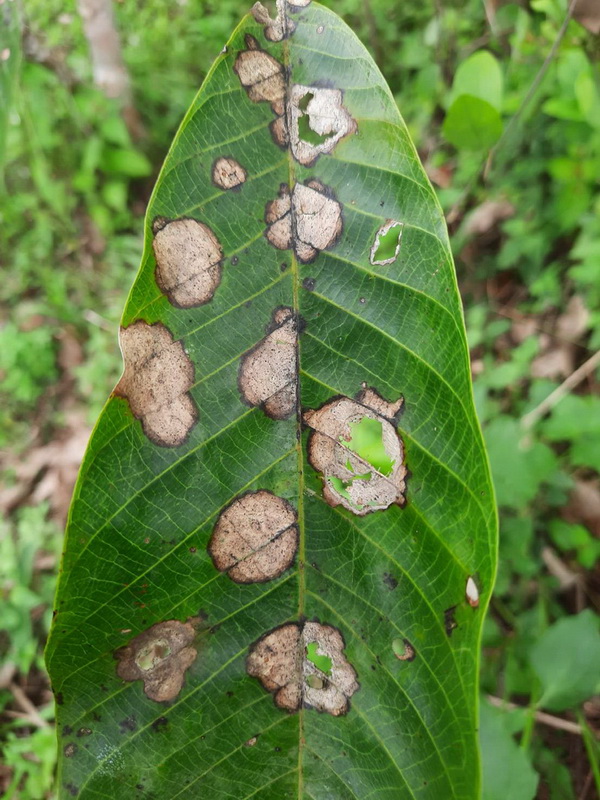 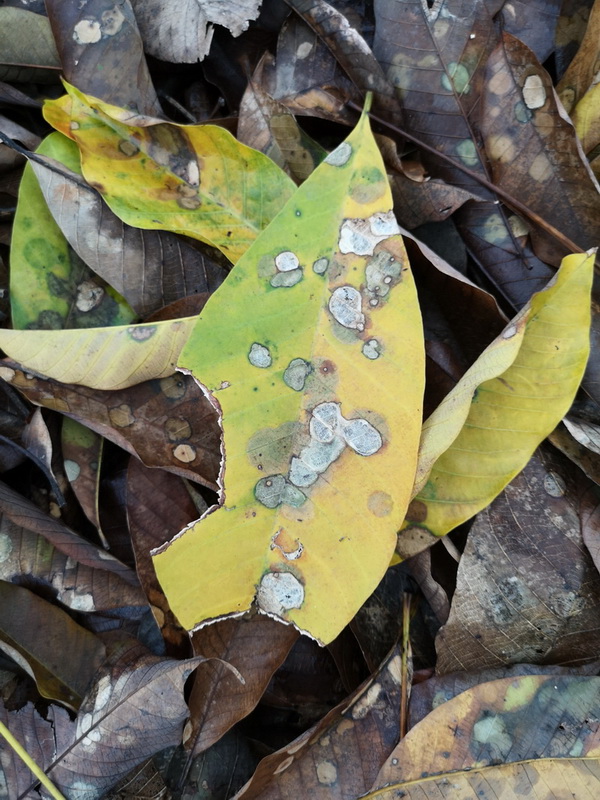 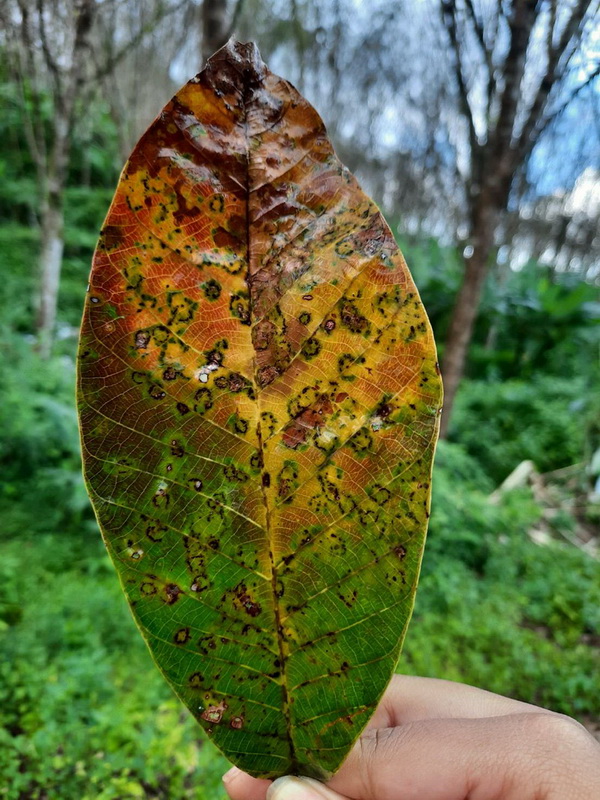